Last week the Salem News had two articles (see Erin Nolan’s reporting here and here) about a curious auction: the letters of Danvers patriot leader Dr. Samuel Holten. Taking place in Cincinnati, Ohio the auction of 200 letters between Holten and other famous patriot leaders was expected to go for about $10,000-$15,000 but instead sold for more than $46,000. Who is this Danvers revolutionary whose writings are so valuable?

Holten, a member of both the Continental Congress and the first US Congress, rose to prominence as a leader of the patriot cause well before the American Revolution. Educated by the Rev. Peter Clarke in the parsonage of the First Church of Danvers, he was destined for Harvard at age 12 before illness prevented him from attending. Instead, he studied medicine with Dr. Jonathan Prince, and opened his own practice at age 18. He became active in Danvers politics and the local militia, rising to the rank of Major.

His first steps towards becoming a revolutionary occurred in September 1768, when word spread throughout Massachusetts that British troops were being sent to the colony to restore order, and ostensibly to put down protests over British policies in Boston and other towns. An extralegal, unofficial meeting was called in Boston to decide how to respond to the approaching British fleet. One hundred and four Massachusetts towns and districts each elected a representative to attend, and Holten attended as Danvers’ representative.

Meeting even after the royal governor declared it an illegal assembly, these delegates voted to petition the government in London and to protest against the British troops. A month later, when British troops arrived, news of this convention had already reached them and this show of opposition so alarmed the British fleet that they feared Massachusetts may have already taken up arms. Upon their arrival, they therefore sailed their warships into Boston Harbor in battle formation, with their cannon aimed at Boston, and disembarked troops in full battle gear, as if invading an enemy land.

After war broke out when the British advanced on Lexington and Concord on April 19, 1775, the British soldiers retreated into Boston, leaving the Provincial Congress and the Massachusetts militia in control of the rest of Massachusetts. Holten was appointed to the executive committee that served in place of a governor – since General Gage still claimed to be the rightful governor of Massachusetts.

Recognized for his ability and dedication to the patriot cause, in 1777 Holten was among the Massachusetts representatives to the convention that drafted the Articles of Confederation, America’s first constitutional document, and he signed the Articles on behalf of Massachusetts alongside John Adams, John Hancock, and other revolutionary leaders.

From 1778 to 1780, he represented Massachusetts in the Second Continental Congress, returned home to help draft the Massachusetts Constitution, and then once the Articles of Confederation were ratified served in the Congress of the Confederation, at one point serving temporarily as its president during a brief absence by Richard Henry Lee. Since there was no executive branch under the Confederation, President of Congress was the highest political office in America.

After returning once again to Massachusetts to serve in the state senate, he was elected and served as Congressman from 1793-1795 in the third U.S. Congress under the new federal Constitution. Notable for being a supporter of Thomas Jefferson, he was an opponent of the first Treasury Secretary Alexander Hamilton. After his time in Congress ended in 1795, he continued holding elected positions in Danvers, and was an Essex County Probate Court judge.

After he returned to Danvers, Holten continued to live in his family’s house at the intersection of what are now Holten Street, Centre Street, and Collins Street. This historic structure, located in the Salem Village Historic District, has been owned and preserved by the Gen. Israel Putnam Chapter of the Daughters of the American Revolution since 1921. Built in 1670 by his ancestor Benjamin Holten, the Holten family also played a prominent role in the 1692 witch trials, with members of the family among both the accusers and defenders of those accused of witchcraft.

Dr. Samuel Holten died in January 1816, and is buried in the Holten Burying Ground, which bears his name on Holten Street. Once Danvers established its first public high school in 1850, it was named Holten High School in his honor, the name used until the new Danvers High School was built in Woodvale in the 1960s. The old high school building and the old Richmond junior high building are currently used for the Holten-Richmond Middle School.

In addition to Holten’s letters that were recently auctioned, he has other letters in the collections of many major archives and libraries that were written to various leaders of the American Revolution, papers from his medical practice are at Harvard’s Countway Library of Medicine, and there are many of his documents located in the Danvers Archival Center.

Dan Gagnon is a lifelong Danvers resident and the author of the forthcoming biography A Salem Witch: The Trial, Execution, and Exoneration of Rebecca Nurse.

Town of Danvers. The Celebration of the One Hundred and Fiftieth Anniversary of the Establishment of the Town of Danvers, Massachusetts, as a Seperate Municipality. Boston, Mass.: Fort Hill Press, 1907.

On the morning of June 17, 1775 British sailors on Royal Navy ships in the harbor awoke to see that during the previous night the Americans had moved onto the Charlestown peninsula and constructed fortifications there. The cannons aboard the British ships began firing on the Americans, starting the Battle of Bunker Hill, and soon after landing craft dropped off British soldiers to attack the Americans. Major General Joseph Warren was ill, and the commander of the Mass. militia refused command, so Putnam appears to have served as the American commanding officer of the battle. It was as the British soldiers approached the poorly-supplied militiamen on the hill that he reportedly ordered them to conserve ammunition until the British were close: “Don’t fire until you can see the whites of their eyes!” 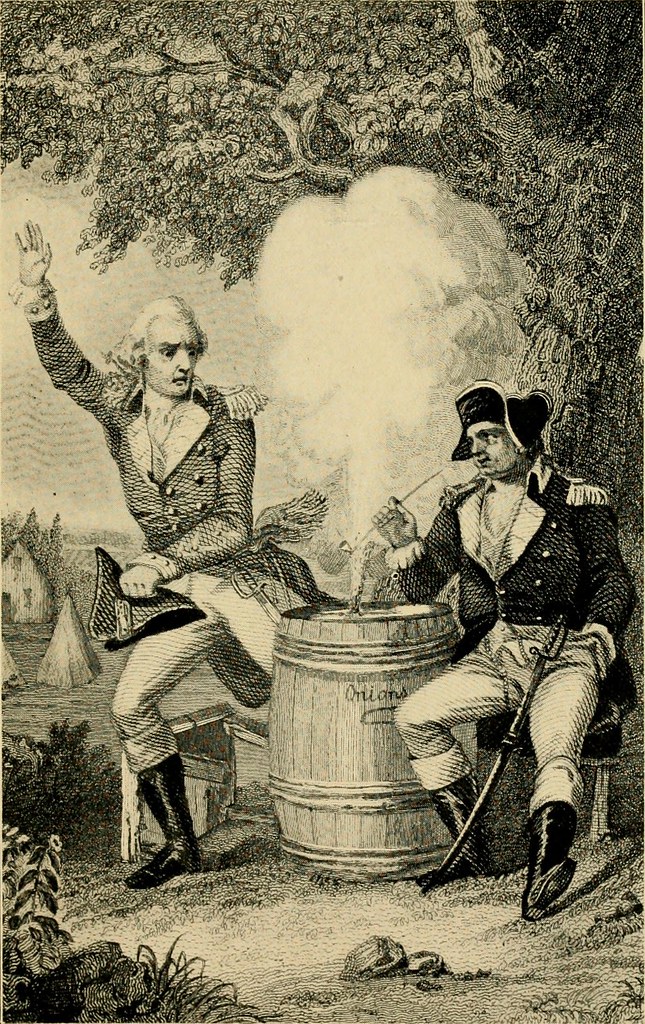 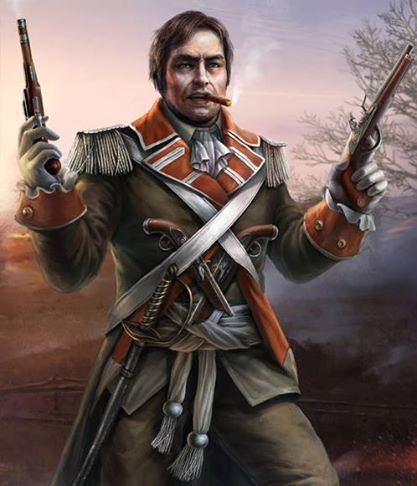